Capacity Commercial Group are pleased to announce the closing of 101 & 111 SE Columbia Way in Vancouver, Washington – a 2+ acre waterfront site for a proposed mixed-use development, Renaissance Boardwalk by Kirkland Development, a local Vancouver-based development firm also responsible for the brand-new Hotel Indigo & Kirkland Tower at the Waterfront and multiple other Portland and Vancouver-area projects.

Kirkland plans to build approximately 310,000 total sq. ft. of buildings, including 221 multifamily units and 110,000 sq. ft. of three-story mixed-use buildings that will include office space, retail and restaurant space. Additionally, an underground parking garage with 309 spaces and a heavy investment in EV charging amenities is proposed.

A 15-foot-wide public walkway – called the “Renaissance Boardwalk” –  is proposed along the river’s edge as part of the development, and would connect the existing waterfront trails to the east and west.

This 2.03 acre plot is well-situated directly east of the I-5 bridge just steps away from Vancouver’s new Waterfront development on the other side of the bridge which George Diamond and Nicholas Diamond sold multiple blocks in.  Capacity Commercial will continue to work with Kirkland Development on the leasing of The Renaissance Boardwalk.

Renaissance Boardwalk project, which will add 230 apartments to the waterfront, plus restaurants, retail space and public access along the river.

Longtime local fixture Who-Song & Larry’s restaurant is part of the plan, both now and in the future, according to Kirkland.

“We look forward to being a part of this exceptional new development,” said Randy Sharpe, CEO of Xperience Restaurant Group, which owns the Mexican-style eatery. Who-Song & Larry’s plans to remain open during the construction project.

As envisioned, the project will include two main buildings totaling about 400,000 square feet. An underground parking structure will include up to 100 charging stations for electric vehicles. As part of its development agreement with the city of Vancouver, the project will be built to a LEED Gold level of energy efficiency and sustainability standards.

Public amenities will include a new boardwalk section of the Waterfront Renaissance Trail that will connect to the proposed Lewis and Clark Regional Trail. The building’s public lobby will display the first land survey marker in the state of Washington, which is currently on the site and will be saved.

“This site has importance historically and is a place of significance on our waterfront. The Renaissance Boardwalk will be a gathering site for visitors and residents alike,” said Dana Gardner, director of project development for Kirkland Development. 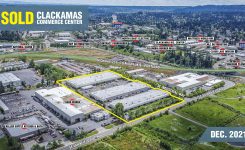 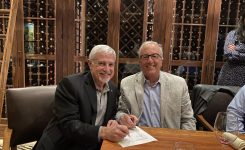 Virus Affects 'all of our transactions' says ... 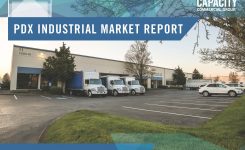 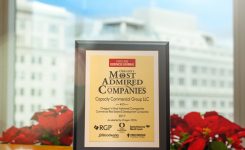 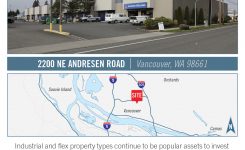 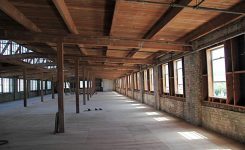